The Song of the Day is: 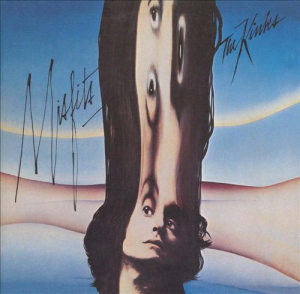 Father Christmas, give us some money
Don’t mess around with those silly toys
We’ll beat you up if you don’t hand it over
We want your bread so don’t make us annoyed
Give all the toys to the little rich boys

Sure there are a few great original rock and roll Christmas songs, but it’s not a huge list. And any list that doesn’t include “Father Christmas” is an incomplete list. This song has been featured in many other mediums, film and television, etc. I’m sure it didn’t start this way, but it sure has become an Xmas favorite.  This was an original work by the Kinks, the original feuding brother band (what would it take to get a Davie, a Gallagher and a Robinson in a band together?). The story of the song has a kick to it, a spiked eggnog, if you will. It’s basically about a department store Santa (or Father Christmas to the English) who’s prone to mugging by grubby little street urchins. Of course, his victimizers want none of the toys that he carries, they prefer money and machine guns. So it’s not exactly a heartwarming tale, but neither is the Alan Rickman story in Love Actually, it’s just another shade of Christmas. One that doesn’t spread Christmas cheer or put the world on hold for the calendar. It’s the story that Ray Davies wanted to tell. I’ve always viewed this song as a spiritual cousin to the later “Merry Christmas (I Don’t Want To Fight Tonight)” by the Ramones. Both songs rock their hearts out and refuse to subscribe to the Christmas magic. Of course in our house, with a five year old and an infant, we’ve got the Christmas magic… and my wife and I have perpetual headaches from spreading all that magic.

If you enjoy the blog, please consider helping me pay the dues paypal.me/MichaelSliwa.

On the day my son turned two (12/3/16), I began playing him a song everyday. There are no rules or limitations on the songs, sometimes its pertinent to life, events or anniversaries, and sometimes its just random. It is an experiment, a hobby, and a daily excuse to bond. I now also have a daughter (as of 5/4/19) and she'll be sharing in this effort since birth. I will be keeping a private journal for them, but I've decided to add a blog portion as well to roadmap genres and artists, as well as sharing videos. Please join me, "Junior"and "Babygirl", as we listen and learn. If you enjoy this blog, please consider helping me pay the dues paypal.me/MichaelSliwa (https://paypal.me/MichaelSliwa?locale.x=en_US) . Thanks! View all posts by Hear's Mike